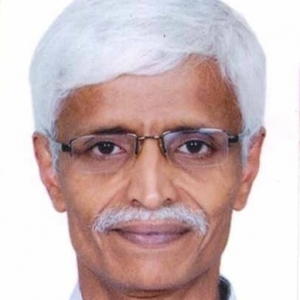 Dr. Vasudeo Paralikar, MD, PhD, is a consultant psychiatrist and head of the Psychiatry Unit of the KEM Hospital, Pune since 2008. His research bridges theoretical interests in cultural psychiatry and practical issues in patient care informed by explanatory models of illness and recovery. Work on the concept of neurasthenia spectrum disorders has helped to clarify a fundamental interest of the field based on a cultural epidemiological research framework. He has led the group in Pune in the multi-centre validation studies of the CFI. His current research also includes applied studies of sexual health. Focal interests of his research group include study of cultural identity, extension of the CFI to consolidate multiple family inputs and adaptation for wider use of the CFI. He has begun work on Mental Healthcare Act of 2017 and the Global Dementia Prevention Program. In addition to twenty-five publications to his credit, he has been active in the fields of training and practice.

Dr. Paralikar has been practicing in Pune since 1984. He has had work-experience in the state-run mental hospitals, psychiatry department of Sassoon General Hospitals and Maharashtra Institute of Mental Health for over 20 years.

He has been a member of the Board of Directors of the World Association of Cultural Psychiatry since 2016. He is appointed by the Disability Welfare Commission, Maharashtra State, as a member of the Core Committee for Mental Health Awareness in 2018. Also, he is recently appointed as a member of the Board of Studies for Disability Studies at the Savitribai Phule Pune University. He had been the President of the Pune Psychiatrists’ Association in the past and is a speaker accredited by the MMC. In addition, he has been a mentor to a post-doc clinical psychologist and a Wellcome-DBT grant fellow.