Central and Eastern Europe and the Middle East 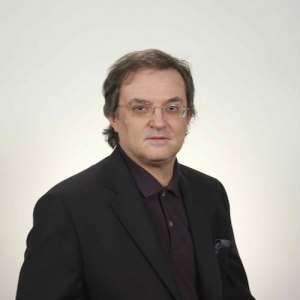 Prof. Dr. Vedat Sar is a psychiatrist serving as clinician, teacher, and researcher.  He is a past president of the International Society for the Study of Trauma and Dissociation (2007-2008) and the European Society for Traumatic Stress Studies (2013-2015).  Having been affiliated with Istanbul University as a faculty member for more than 20 years (1989-2014), he is currently a Professor of Psychiatry in Koç University School of Medicine in Istanbul (2014- ).  Dr. Sar is a consultant at the Koc University Hospital and American Hospital and has a private practice in Istanbul, Turkey.

Dr. Sar has published more than 200 papers and book chapters on epidemiology, clinical exploration, and psychotherapy of clinical consequences of childhood trauma, complex PTSD, borderline personality disorder, and dissociative disorders.  His work has documented the widespread presence of dissociative identity disorder and related clinical conditions in Turkey.  As such he altered the predominant conception of such conditions as phenomena isolated to the Western world.