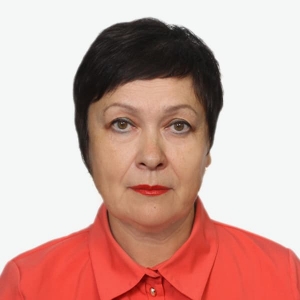 In 1983 she defended her thesis on clinical psychiatry (Tartu, Estonia), in 2002 – her doctoral dissertation on “Neurotic disorders: clinical and pathophysiological aspects”

The studies conducted by Irina Kupriyanova allowed summarizing the foreign and Russian experience in treatment and prevention of borderline disorders, to develop the main directions for improving the effectiveness of treatment and to determine the main criteria for effectiveness. Scientific research is closely related to the problems of cultural psychiatry: comparative studies of mental health of schoolchildren in Buryatia and the central region of Siberia are conducted, the features of depressive disorders in adolescents in Siberia and China are studied, quality of life and the population of Siberia and the Kingdom of Bhutan are started.

Kupriyanova Irina is a member of the Editorial Board of 3 journals: “Siberian Herald of Psychiatry and Addiction Psychiatry” (Tomsk), “Mental Medicine and Ecology” (Moscow-Pavlodar), “Journal of Addiction Problems of Kazakhstan” (Kazakhstan). She published more than 500 scientific works and 20 scientific monographs (1 in foreign press). Scientific monographs are devoted to the problems of cultural psychiatry: “Mental health of schoolchildren: transcultural aspect” (2006), “Atlas of mental health of the population of the Republic of Buryatia”. (2007), “Mental health of the indigenous population of the Eastern region of Russia” (2009), ‘Mental health of children with special educational needs” (2011). The last monograph won first place in the international competition of monographs (Varna, Bulgaria, 2012).

Under the leadership of Irina Kupriyanova 4 doctoral and 13 master’s theses were prepared and defended.

In 2007, as part of the team of authors she became the winner of the Tomsk Region competition in the field of education and science, health and culture (fellowship).

Irina Kupriyanova was awarded the Honorary diploma of the Russian Academy of Medical Sciences (2001), Honorary diploma of the Governor of the Tomsk Region (2002), diploma of the Tomsk Children’s Fund (2002), the jubilee medal “400 years of the city of Tomsk” (2004), Honorary badge “Honored veteran of the SB RAS” (2015), Medal “For achievements” (2017) “Pioneering work in Cultural Psychiatry Award 2018” awarded in  Columbia University (New York, NY) at the 5th World Congress of World Association of Cultural Psychiatry.

She has a good family – husband and son working at Tomsk Polytechnic University.