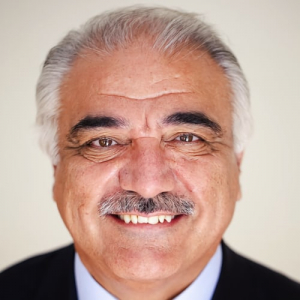 Born in Iraq in 1950, finished my medical education in Moscow 1979 and did my PHD at the Academy of Medical Sciences in Moscow in 1985. Came to Sweden in 1986 as a refugee because I refused to participate in the war between Iraq and Iran, which was ongoing in the region. Since then I am living and working in Stockholm, Sweden.

Since 2012, I am an affiliated Associate Professor at Marie Cederschoild University College in Stockholm

In 1994 I founded and was the Medical Director of a private Psychiatric and Rehabilitation center ”Orienthälsan”/ orient health. This center was one of Sweden’s specialized centers for primary psychiatric support and rehabilitation for individuals and families with immigrant backgrounds.
1n 1998 I was co-founder and director for five years for the transcultural center of Stockholm County Counsel.

I worked as a senior consultant of Psychiatry in Dubai, United Arab Emirates, for three years. In 2014, I was the co-organizer of the WACP first international conference of cultural psychiatry in the Middle East region in Dubai UAE.

I have published four books and co-authored thirteen books and many articles on different subjects, mainly on the effects of migration, adaptation processes and the psychosocial conditions of immigrant individuals and families.

Within research and education my subjects of interest are related to migration and psychosocial health, family relations during migration and adaptation processes, migration related stress, working with interpersonal conflicts within families and trauma.